We are fortunate to have an accomplished and dedicated board of directors with a wide range of expertise. 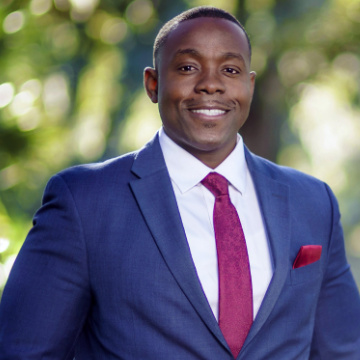 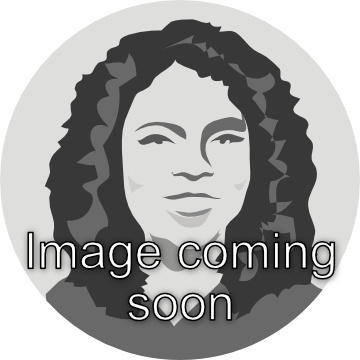 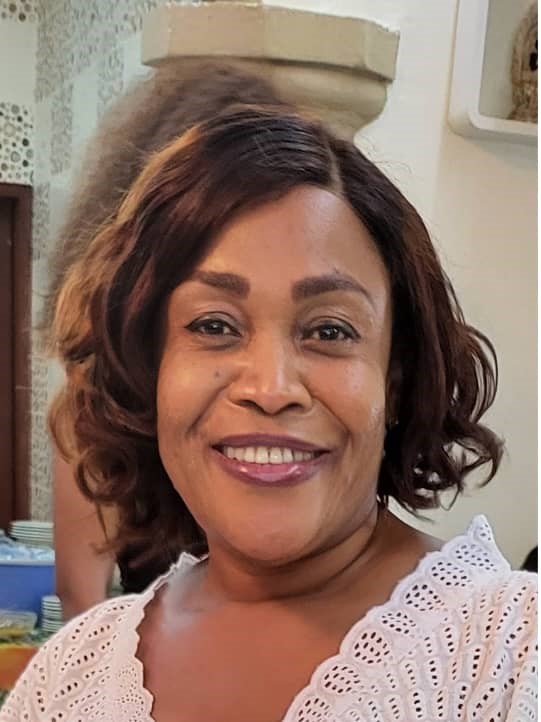 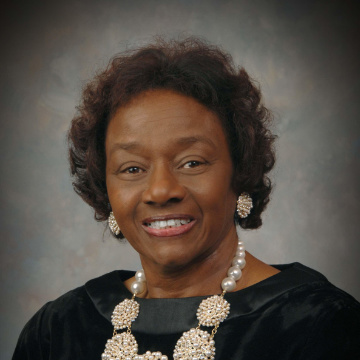 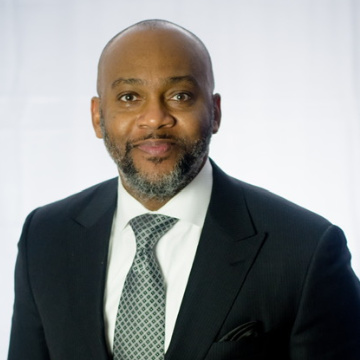 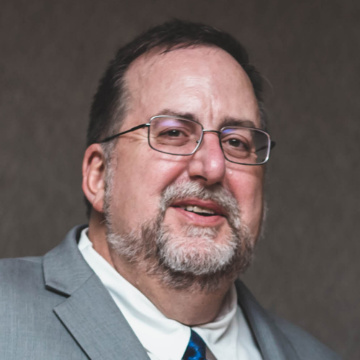 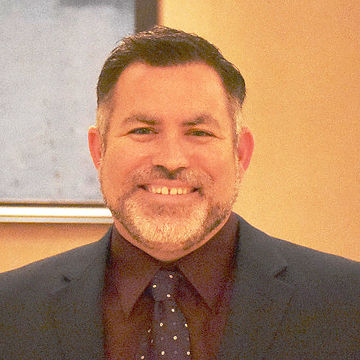 Ghislain is a native of the Ivory Coast, at 17 years old he had a vision about about a journey and a goal that most would call an impossible dream. The son of school teacher parents and one of six children, Ghislain always knew the value of education, hardwork, and most importantly he recognized the role faith plays in his life.

Ghislain continued to follow his vision to come to America and pursue an education despite numerous road blocks and detours and achieved his goal. Later he became a citizen of the United States of America. Now the Chemical Engineer for Shell has another vision; an ongoing vision to empower others to pursue their dream.

For the past three years him and his wife have worked on the development and launching of ProSeed. Ghislain and his wife, Sabrina family has grown to include a eight year old daughter and a one year old son who currently reside in Hahnville, LA.

Sabrina Dadie is the youngest of four children and a preacher’s kid. As a young child she begin working in her father’s church where the mission was “Reaching the least, the last, and the lost”. This foundation is what birthed her passion and heart for people and mission. Throughout her high school and college years she volunteered in the local community at homeless shelters, New Orleans Children Hospital, food banks, habitat for humanity, and sung for the prison ministry.

Along with her passion for mission, Sabrina was focused and successful in pursing her education. In 2009, Sabrina Graduated Magna Gum Laude from Xavier University of Louisiana with a Bachelors in Science, concentration in Accounting. In 2021, Sabrina graduated with an MBA concentration in Accounting from SNHU in New Hampshire.  Currently, she serves as a Supervisory Auditor for the Department of Defense (DoD), Defense Contract Audit Agency.

Sabrina is a devoted wife and mother, who loves God and has a strong compassion and love for God’s people. Sabrina’s mission is to serve others, by spreading love, giving hope, and promoting education!

A native of New Orleans, Louisiana, Patricia Danflous is a freelance writer, editor and public relations consultant specializing in healthcare, the petrochemical industry and non-profit organizations. A graduate of the University of New Orleans, with a degree in English, her professional career includes a variety of
assignments as public relations consultant and publications editor for companies including Shell Oil and Chemical, Chevron, OxyChem, the Louisiana Coca-Cola Bottling Company, Ochsner Health System, Touro Infirmary, the Louisiana Department of Natural Resources, the United Way of Greater New Orleans and Hibernia Bank. She also served as the founder and first Communications Director for Methodist Hospital in New Orleans.

Danflous’ community involvement focuses on organ, eye and tissue donor awareness and registration. She and her husband are the parents of two adopted children and the grandparents of four.

Huguette Dadie is located in the Ivory Coast, West Africa.  She holds a Master’s in Public Law and 2 master’s degrees in Human Rights and Humanitarian Action.  She worked as the Finance Officer for the State of Ivory Coast.  She is a devote Catholic and the mother of 2 children.  She is passionate about her work in providing humanitarian aid and giving hope to the children of Ivory Coast to ensure they receive access to adequate education.

Ezora Johnson Proctor is a retired resident of Crowley with a strong passion for Crowleyand its citizens.

She has prepared herself for life, and has attended numerous colleges in her lifetime earning the Bachelor of Science, Master of Education, and Doctor of Education degrees. She has done further studies at twelve other universities. It was during her teaching years in Rayne, Louisiana that she met and married her husband, Bishop James W. Proctor, to whom she has been married for forty-nine years, and they reside in Crowley, Louisiana. Ezora and James are the proud parents of two children, Trina Renee and the late Marcus Jacques, who have brought and continue to bring great happiness, pride, and joy to them. Their two grandchildren, Taj Jacques and Trevyn Cole, are the highlights of their lives.

Ezora is a strong, multi-talented and multi-faceted woman who works hard and long for the things in which she believes. She gives generously of her money, time, talent, and resources to Rotary, her church, her work and her community. During her lifetime, she has coordinated many voter registration drives in Acadia Parish and Crowley Back to School supply and uniform drives for students. Ezora has walked many miles getting membership dues from Crowley residents and reorganizing the NAACP in her home. She and her husband, Bishop James W. Proctor, have adopted headstart and elementary school classes for more than twenty-five years working with students, reading with them, donating books to them and purchasing healthy snacks for each Head Start class. Both have volunteered their time as mentors to community youth, teaching them life skills as they met in the Proctor’s home monthly.

Ezora has served as Crowley City Councilwoman for Ward 3, Division B. During  her tenure, she organized the West Crowley Advisory Board, activated West Crowley Quarterly Town Hall Meetings, and the board put together a Five Point Program to help improve the quality of life in Crowley.

If you were to read Ezora’s voluminous resume, you would discover that she has served in many positions on the local, state, and national levels. Following is a summary of a few of Ezora’s accomplishments as a community organizer, entrepreneur, and public servant:

Richard Engelman was born in St. Louis, Missouri. He earned his Ph.D. in Chemical Engineering from the University of Missouri – Rolla. He has thirty years of experience in Chemical Process Research, Development and Technology with Union Carbide, Dow, Inaeris Technologies and Albemarle.

Richard has always been a believer in the importance of education and has actively helped students and new engineers develop their skills through his involvement with the Boy Scouts, church, tutoring and mentoring. Richard currently lives and works in Magnolia, AR with his wonderful wife Virginia.

Jeff brings over 15 years of experience in the environmental field to the Vapor Point team. His expertise is in dealing with air emissions, remediation, water filtration, tank cleaning and construction. Jeff’s extensive background includes working with numerous industries including refining, petro-chemical, paper, specialty chemical and others located across the United States.

He earned a BS in Environmental Management from the University of Houston, and holds an MBA from Tulane University. Jeff serves as the President and CEO for Vapor Point. He works collaboratively with clients to develop unique solutions and helps them meet the new challenges of today’s environmental initiatives.

Pastor Ronald Jones is the founder of Agape Evangelistic Ministries in Leesville, Louisiana. In 1981, he was called to the Gospel ministry. In 1984, he was ordained Elder in the Church of God in Christ by Bishop Ithiel Clemmons. Pastor Jones is committed to teaching and preaching the uncompromised Word of God.

He has travelled throughout the world as a member of the United States Army. His experience while traveling the world has given him a global prospective concerning people and ministry. While living in Germany for seven years he founded and pastored New Birth Church of God in Christ. He currently Oversees five Churches as Superintendent of the DeRidder District Church of God in Christ, First Jurisdiction of Louisiana. He is also a Board member of ProSeed Foundation Inc., providing humanitarian aid and supporting education through International Missions in West Africa.

Superintendent Jones retired from the US Army in 1991. He has served an additional 26 years as a federal employee of the US Government. He received further education from C.H. Mason Bible College, Summit Bible College, Northwestern State University and Central Texas College.