ProSeed is a Christian non-profit organization based in Hahnville, Louisiana with a mission to build and renovate schools in developing countries, promote S.T.E.M Education and Careers by hosting S.T.E.M events in the USA, and reward academic excellence through scholarships to students worldwide. We have a God-ordained mandate to impact the world! Our vision is to empower and shape the leaders of the next generation to reach their full potential

In 2013, while traveling to Africa we saw a great need in the community and school system. We not only wanted to give back, but also wanted to change the environment in which the village children are learning and make it conducive for academic success. Ghislain recalled his childhood days as a student in West Africa and his vision to be successful and travel to the U.S.A. He did just that, with a vision, hope, and faith in God that all things are possible to those who believe! Through ProSeed’s mission, we strive to make this a vision and reality to many others. The vision took flight while watching the movie “The Martian”. The main character makes the decision to create an environment for seed growth while stranded in space, hoping that someone would eventually find him. This is where the name “ProSeed” was birthed. We can go back and create an environment for learning by sowing a seed to encourage achievement and success. With the help of God and our partners we are motivated to changing lives and impact the next generation!

ProSeed is financially supported by contributions from friends and partners of the ministry.

We are committed to giving hope through education by Building Schools in remote Villages in West Africa, awarding academic excellence, and promoting S.T.E.M. Education. We seek to promote excellence in education as part of a greater commitment to personal growth.

Ghislain Dadie is a native of the Ivory Coast, at 17 years old he had a vision about about a journey and a goal that most would call an impossible dream. The son of school teacher parents and one of six children, Ghislain always knew the value of education, hardwork, and most importantly he recognized the role faith plays in his life. Ghislain continued to follow his vision to come to America and pursue an education despite numerous road blocks and detours and achieved his goal. Later he became a citizen of the United States of America. Now the Chemical Engineer for Shell has another vision; an ongoing vision to empower others to pursue their dream. In 2015, him and his wife have worked on the development and launching of ProSeed.  Ghislain completed his Executive Masters in Business Administration (MBA) at Louisiana State University.  He is also an acclaimed author of a book called “Destiny Meets Purpose” published in 2019.  Ghislain and his wife, Sabrina family has grown to include a fourteen year old daughter and two sons, 7 and 4 years old who currently reside in Texas.

Sabrina Dadie is the youngest of four children and a preacher’s kid from Louisiana, USA.  As a young child she begin working in her father’s church where the mission was “Reaching the least, the last, and the lost”. This foundation is what birthed her passion and heart for people and mission. Throughout her high school and college years she volunteered in the local community at homeless shelters, New Orleans Children Hospital, food banks, habitat for humanity, and sung for the prison ministry. Along with her passion for mission, Sabrina was focused and successful in pursing her education. In 2009, Sabrina Graduated Magna Gum Laude from Xavier University of Louisiana with a Bachelors in Science, concentration in Accounting. Sabrina also has an MBA with a concentration in Accounting from SHNU. Currently, she serves as a Supervisory Auditor for the Department of Defense (DoD), Defense Contract Audit Agency. Sabrina is a devoted wife to Ghislain Dadie and mother, who loves God and has a strong compassion and love for God’s people. Sabrina’s mission is to serve others, by spreading love, giving hope, and promoting education!

We appreciate your support and partnership in changing the lives of people all over the world! 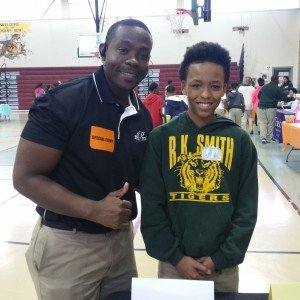 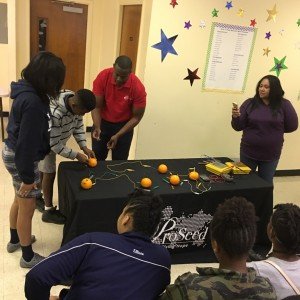 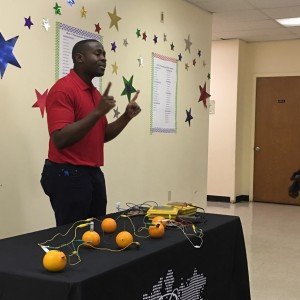 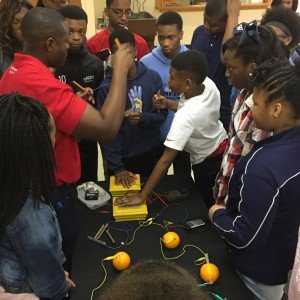